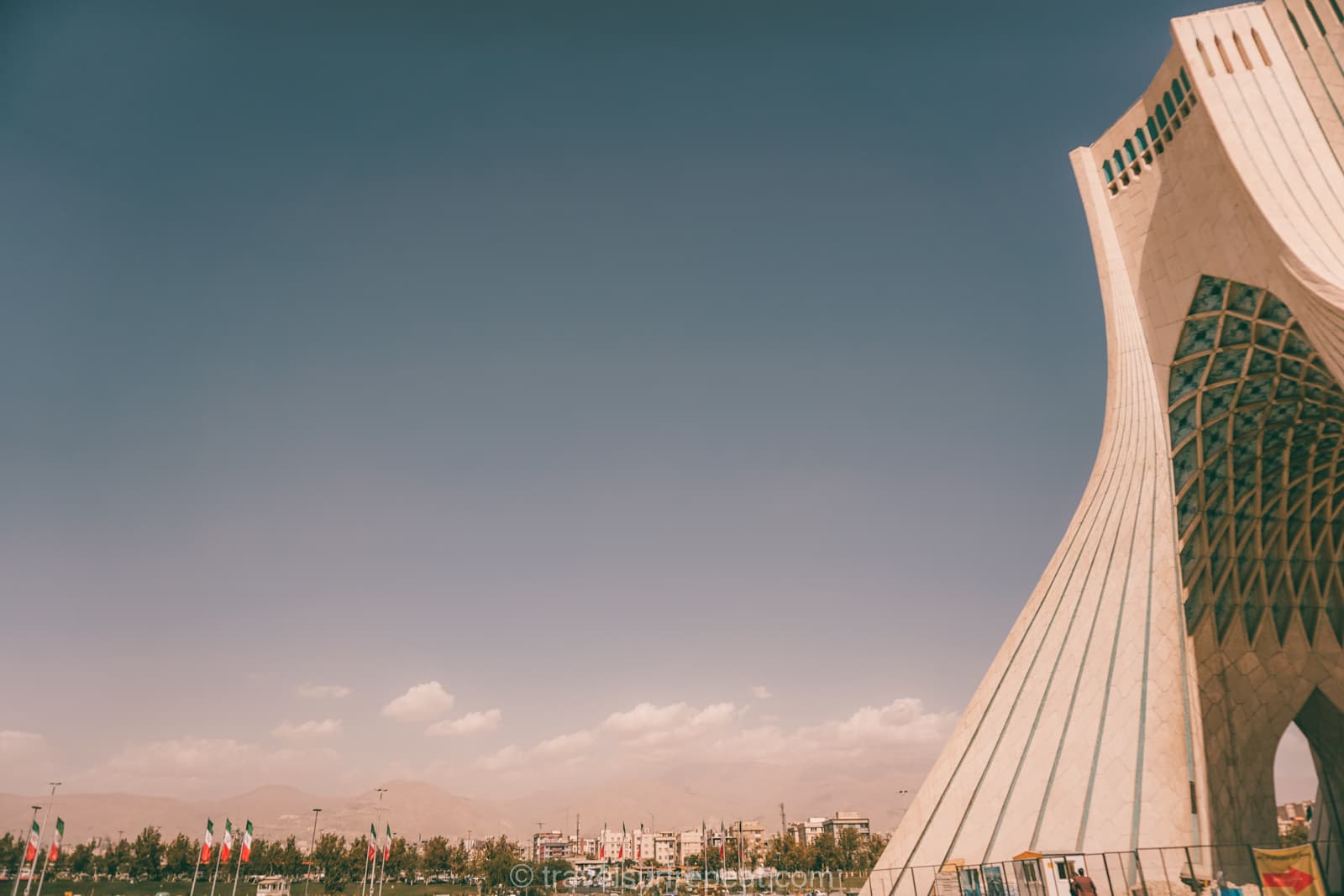 To Iran without a plan

Play the music for better atmosphere:

During summer 2015 in Georgia, we knew that we want to visit Iran. Everywhere present road signs to Tehran were provoking, but the trip wouldn't worth it for 4 days at max. Well, last autumn we wanted to go back to Georgia for at least a week, but Kačka said nooo because she couldn't afford to leave university for one week. So I suggested Iran for two weeks, and suddenly we had flight tickets for the end of September in the mail.

We didn't look forward to Iran

You want to visit Iran for several years, you're looking forward to it and then.. Then you return after almost a month from South Africa, Thailand, Ethiopia, and Italy, you have a break at home for five days, and suddenly you'd like to rest from traveling at least twice longer. And both of you has the same problem. Well, what could we do, nobody else would do it instead of us. Moreover, we had absolutely no plan where to go and what to see. On the way to Iran, we opened a few years old Lonely Planet book and chose one of the offered itineraries. As it turned out, it was probably the most common route for first visitors. We flew from Vienna with Pegasus Airlines with a change in Istanbul. It seems that arrivals and departures in the middle of the night are popular in this region. Both in Georgia and in Iran. We touched the surface of the Islamic Republic around 2 AM and headed into the maelstrom of bureaucratic absurdities.

We knew that there is a possibility that we won't be able to leave the airport and we will fly back immediately. Information about getting a visa to Iran differs not only source from source, but also person from person at the airport. Perhaps it depends on your face and the mood of officials. Some were given visas for 15 days, others for a whole month. We needed the visa for 16 days. The immigration process is also complicated not only because of the "need" to pay health insurance – regardless of whether you have travel insurance from your country – but also because everyone pays a different price for visa/insurance and by the existence of mystical reference number. Don't try to find the system in this. It seems that they're trying to complicate it to tourists and just get money from them. This is also probably the official motto of the Iranian tourist agency, as we experienced when paying entrance fees throughout the country.

One option is to arrange your visa at the Iranian Embassy in your country. To do this, according to the available information, you must have that mystical reference number. This is the business for its sellers. I don't know who sell it and what it should serve for. Plenty of people went to Iran without it and passed through immigration, so why to spend extra money. We chose the second option – a visa upon arrival at the international airport of Imam Khomeini. The queue at the counter was not long, but you won't get to the counter itself. Sophisticated officials have a different system – one of them coordinates everything with every tourist, collects your passport and eventually give it back to you with visa.

In our case, it worked quite quickly and without problems. We got the visa for 30 days automatically without asking for 70 euros, and we paid 14 euros for their health insurance. After about an hour we were able to travel to Tehran by taxi because the airport is located about 50 km away and there is no public transportation.

Also in Iran you have to bargain over the price otherwise you will end nicely robbed. From our host, I knew that we shouldn't pay more than 20 euros, so I just nodded to the very first offer at the arrivals for 35 dollars without even trying to bargain. No logic here. I didn't get rid of comments about this till the end of the trip.

We dedicated first three days for Tehran for the cultural acclimatization. We found our accommodation on Homestay at a young married couple in the Sadeghiyeh district. The first day we used to get familiar with the metro, local glances, marketplace, and Golestan Palace. The price for a metro ticket we knew from the internet was probably outdated so at a desk they didn't get why we are trying to pay less, and we didn't understand what they want from us. But we always got a ticket – seems it didn't matter on the price. Another surprise for us was how big surprise we were for the locals. Not that we were the first foreigners who were spotted in Persia. Those glances were incomparable with the ones from Southeast Asia I already know – people here are staring at you. Without a single blink. It certainly weren't hostile glances, but it took a few days to get used to it. They also often approached us (well, more me, but on that another time) and asked us where we are from. Some of them were satisfied with the small talk, others wanted to talk in English more, others willingly advised what to do.

Losing in the famous Grand Bazaar was interesting and photogenic, but if you don't want to buy shoes, carpet, clothes, jewelry, shoes, and carpets you probably won't buy anything. Oh, did I mention carpets and shoes? Each aisle offers mostly one type of goods, but we didn't find food aisle.

It took us while to find the entrance to the Golestan Palace. Admission is paid by the exhibitions you want to see. Together with the base admission, we chose only the Mirror Hall and then we tried to get into another room, but tickets are checked carefully. Buying entrance for all exhibitions (or for boredom if you want) would be a waste of money. When walking in the park, we were stopped by the old man with the question if we are from Germany. I asked him why Germany and he said he is looking for someone to explain some things in German. And because Kačka spricht sehr gut, the Iranian gentleman got a German lesson from the Czech girl in English.

The second day we wanted to visit 3964 meters high mountain Tochal, which is located north of the city. At the same time, we wanted to get some sleep that morning. Which, as we discovered later, excluded the visit of Tochal. Traveling through the entire city by metro, then bargain a good price with a taxi driver and finally walking to the first station lasted for so long, that after our arrival we learned we came too late to get to the top of the mountain. Thanks to this the world reminded how small it is because we met Kačka's friends who were also traveling in Iran that time.

The last day in Tehran we caught up the rest of the "must see" places – Azadi Tower and the former US Embassy. It was in reconstruction around the Azadi Tower, local grass police patrolled so nobody enters the pitch and I finally became a celebrity when locals wanted pictures with me. Then we moved by metro to the Taleghan stop which is next to the former US Embassy. To take pictures, or not? I read a recommendation to ask the security first. Luckily, no security at that time so we could photograph the graffiti without any restriction. But we also lost the opportunity to ask them if we can visit the complex because it's impossible to take a look because of the wall.

Tehran wasn't special for us. Millions of people, heavy traffic, and smog. We were looking forward to a trip to Shiraz in the south. We chose about 14 hours long ride by a comfortable VIP night bus for $ 20. VIP means that the bus has 2+1 seat configuration with plenty of legroom and proper reclining seats. The ticket also includes refreshments – water, juice, biscuits and some chemical cake. Take your insulin.

In the next post, we will have a look at first couchsurfing experience in Shiraz, and we will visit the desert city and the desert itself. 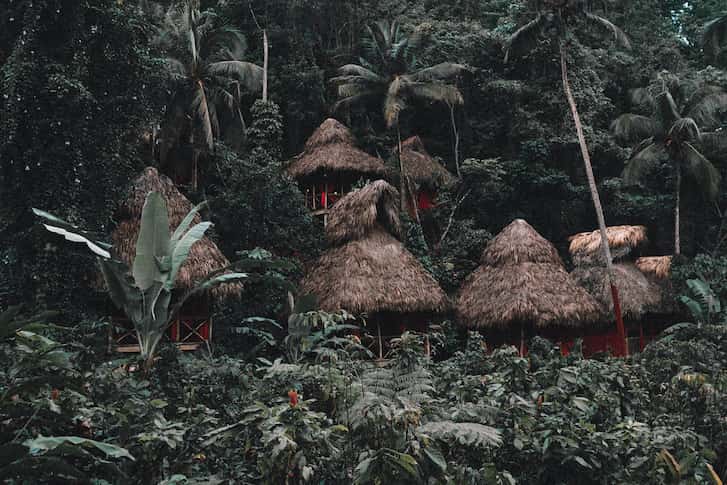 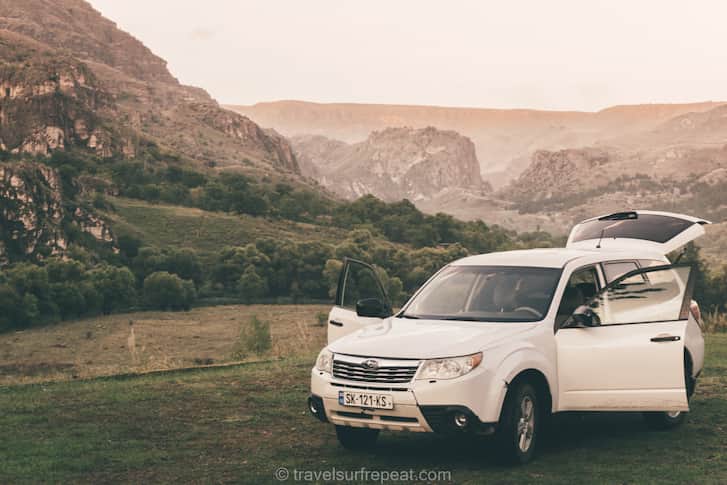