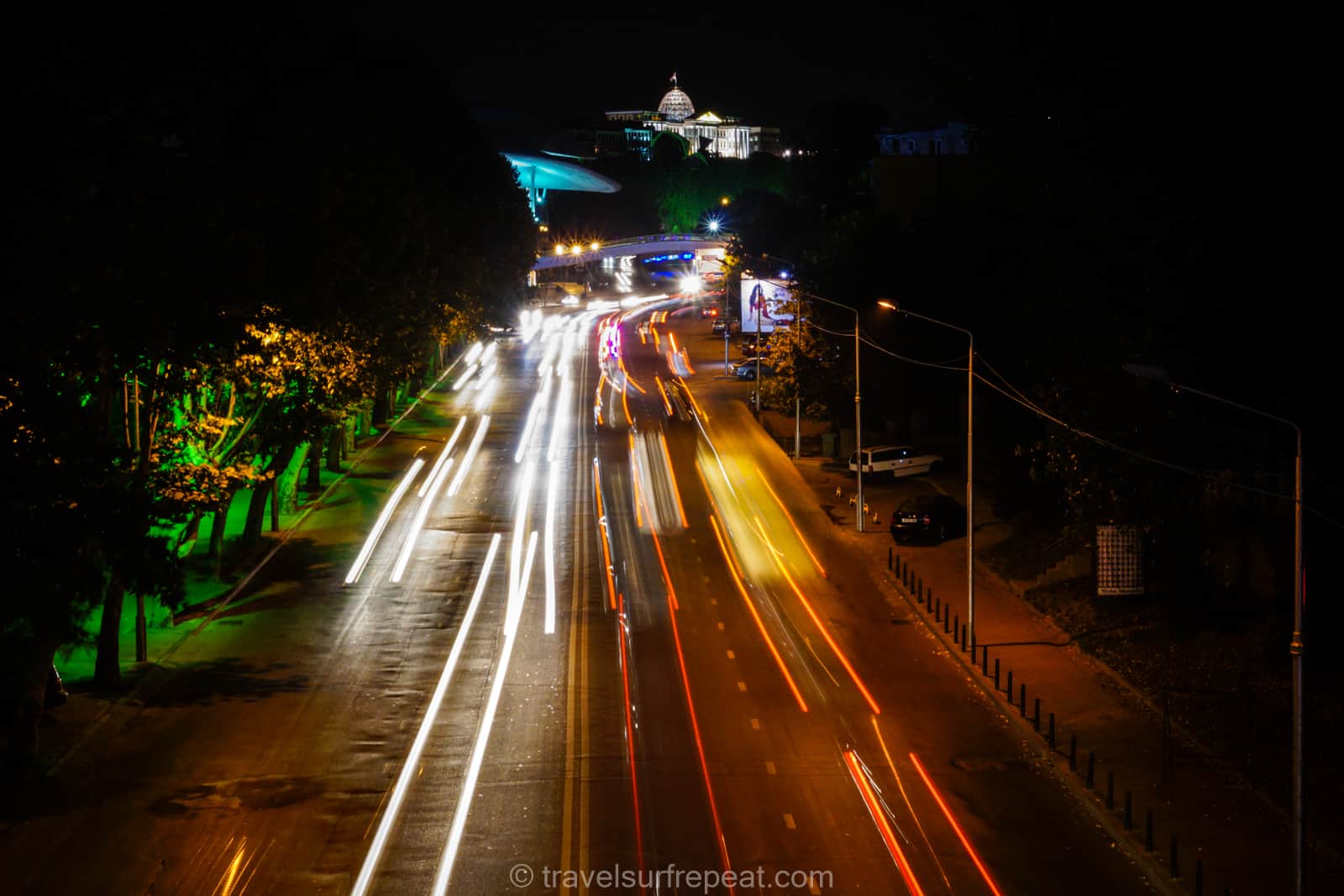 Public transportation in Tbilisi is good, bud the traffic can be madness. Into three lanes fit at least four cars and drivers are not used to give priority to pedestrians. The only safe options are crosswalks with traffic lights, overpasses and underpasses. But you can cross the street anywhere you want, you won't get a fine and you will notice that everybody does it. You just need to be brave enough, guess the right moment and also wait in the middle of the road if needed. After some time you will run between those cars as anything.

For public transport in Tbilisi purchase METROMANI card which will save you money while changing lines. Without this card you will pay for every single ride by bus 0.50 GEL and you won't be able to use the metro. You can get METROMANI card at every metro station for 2 GEL and you can charge it there with any amount. Another charging option are orange pay boxes which you can find around the city with any problem and you can also use them for top up your mobile phone credit and another services. Just place the card at a designated point on the machine, insert coins or banknotes (the lowest accepted coin is 50 tetri) and you are recharged. But beware that pay boxes won't give you change so charge only with amount you really want. With this card you pay also 0.50 GEL for the ticket but it's valid for 90 minutes so while changing line or bus you won't be charged again. However, if you get on a different bus, use the card again at the machine, you will get ticket for 0 GEL. Therefore it is good that everybody have their own card. Although the card is not tied to a name and you can take any amount of tickets, the discount will be applied only once. Before leaving Tbilisi you can return this card (up to 1 month from purchase) and if you provide your purchase receipt, they will give you 2 GEL back.

In every bus you will find a machine in which you can buy the ticket for 0.50 GEL – just put there coin or their sum or place the card and it will give you the ticket. At every bus stop there is always departure stop which is also in English and the ID of the stop can be useful. You can find all of the stops, routes on ttc.com.ge where you can plan your journey, find timetables etc. There is also an Android app which offers same functions as the website and one of the useful function is Route Maps. Are you standing at the bus stop and you don't know where the lines are going? Just enter the line number and you can see the route on the map. To find a route it is easier to use ID of the stop than writing the name. It is interesting that in a lot of buses you will meet employees who will pass you the ticket and sometimes check your ticket even you just purchased it in front of them. You can also meet inspectors but I found their approach to controls quite lax. I also noticed that passengers often didn't buy the ticket if the employee wasn't at in the bus, before getting off the bus they checked the bus stop if there are no inspectors and they had the ride for free. BTW, the fine for black passengers is 5 GEL.

Subway, or Underground in Tbilisi is called Metro. The Metro system in Tbilisi has two lines – First Line (red) and Saburtalo (blue) and the only transfer station is Station Square I (Sadguris Moedani I). It runs from 6:00 till 23:59, the signs are in Georgian and English, so the announcement about the next stop and at each entrance there are turnstiles.

If you are missing fast and furious intercity marshrutkas, you won't get this kind of ride in Tbilisi. Yeah, it would still be full of honking and crazy driving. They will make a stop for you almost everywhere you say/wave and the price is 0.40–0.80 GEL per ride. You won't find marshrutka's departures on the stop boards but will find the routes in the Route Scheme or you can plan the route on the map.

Sami lari! You won't regret with this sentence in Tbilisi. Sami means three and because the prices are mostly between 3 and 5 GEL you probably always find some driver who will accept this price. Except you don't want to go through the whole city or to the airport. The city is full of taxis so you can get it anytime and everywhere, that's why you can try sami lari with more drivers. These taxis doesn't have taximeters so always bargain about the price in advance. But of course you can find also taxi services where you can order taxi by phone. They have taximeters and they should be slightly cheaper. You won't find UBER here but you can use the app Bolt (iOS, Android).

How to get to / from the airport in Tbilisi

The cheapest option is bus or train. The bus #37 goes to the airport and his route starts at Station Square and goes through Freedom Square. Between 7:00 and 20:00 it runs every 15–30 minutes and then every one hour till 23:00. The train goes from the Tbilisi central railway station (next to Station Square) only twice a day and it also costs 0.50 GEL. From the central railway station it goes at 7:55 and 17:20 and from the airport to the railway station at 8:45 and 18:05. Since a lot of flights are early in the morning you won't probably avoid the use of taxi. It should costs a maximum of 25 GEL from the city center to the airport, some of taxi services can do it for 14 GEL.

Do you want to visit Mother of Georgia (Kartvlis Deda) or Narikala fortress but you don't want to walk up there? From Rike park you can take cable car which offers view on the old city and takes you directly next to the fortress which is just a short walk from the statue. For the ride you need METROMANI card (you can buy it there) and it costs 1 GEL per ride.

The second and probably less known is funicular from Vilnius Square to Mtatsminda amusement park where you can find Ferris wheel and TV tower. You won't succeed with METROMANI card here and you have to buy another card which also costs 2 GEL. The ride is for 2 GEL and you don't need more cards for more people. 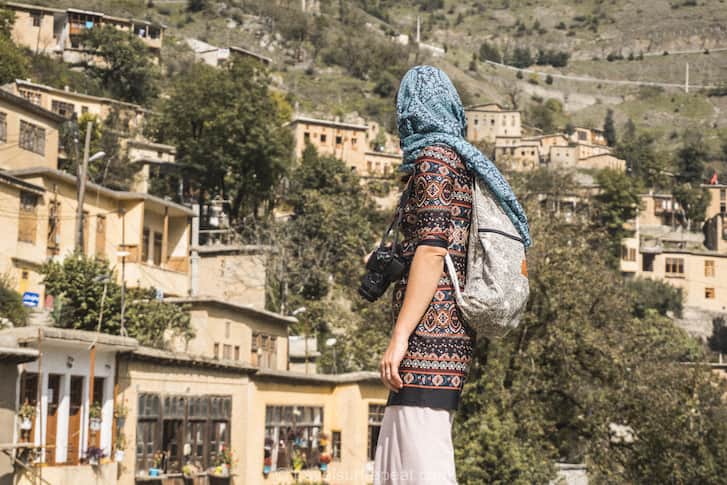 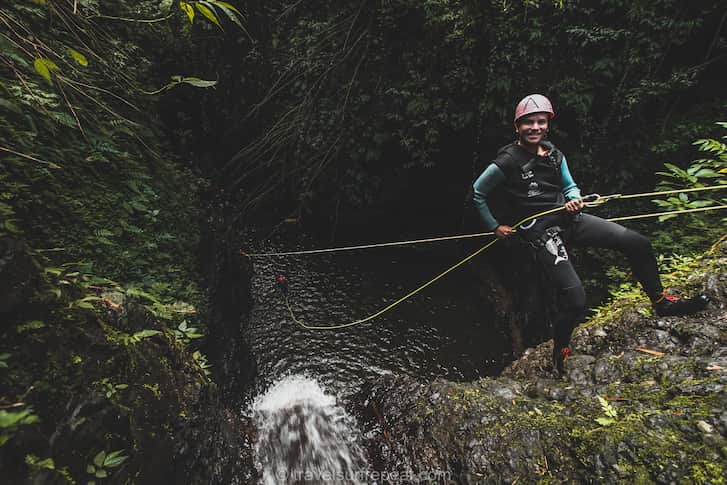 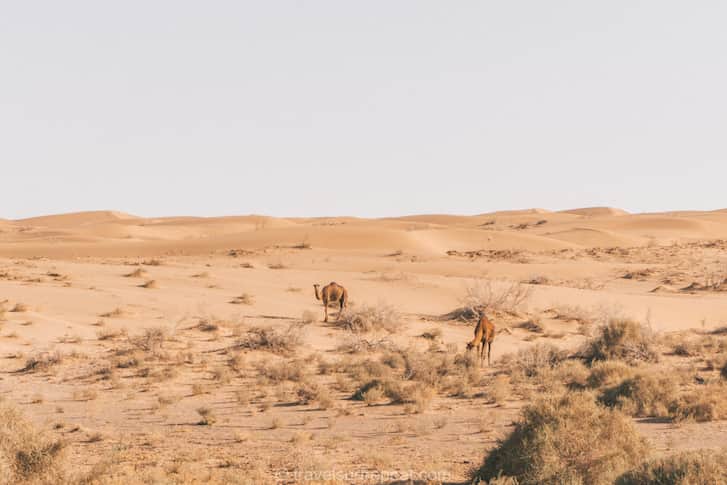 Desert, camels and salt lake at Kashan
I'm using cookies 🍪
May I use cookies to see how my website is doing, and to work with third-party services?
Manage options Manage services Manage vendors Read more about these purposes
Let me set it up ⚙️
{title} {title} {title}